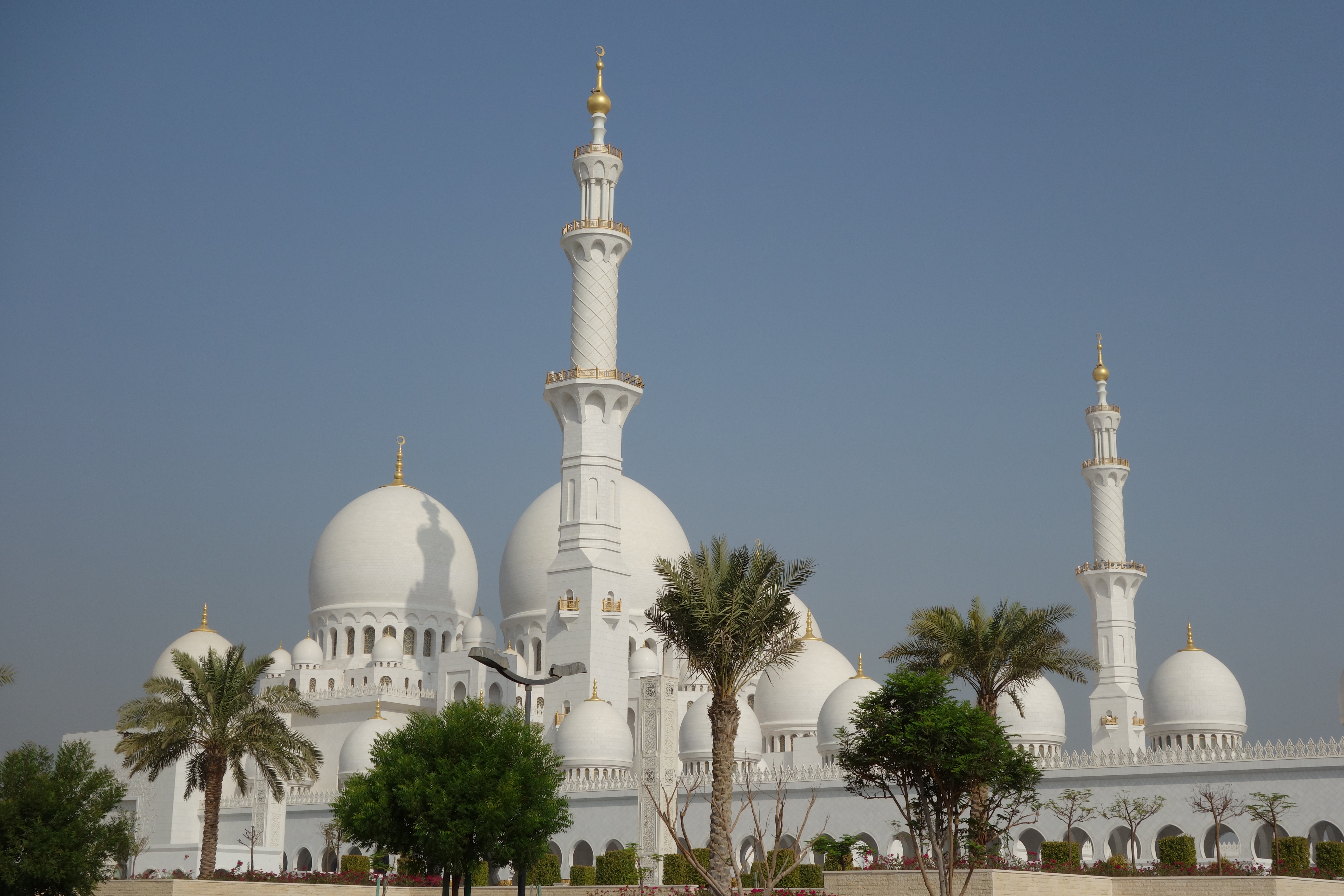 Danielle and I arrived in Abu Dhabi this morning. Short stopover just to break up the flights really. We’ve seen a little of the new F1GP track, visited the 7 year old Sheik Zayed Mosque, and spent a little detour in a quite bizarre womens handcraft centre. In terms of workmanship in the displays, I saw better exhibited at the Bendigo Sheep and Wool Show. But watching the women work, enjoying thenselves (sometimes perhaps at our expense we suspect) and explaining their work in such a friendly way was great.

Sheikh Zayed Grand Mosque. Set some way out of the city, but half way between our hotel at Yas Island and the city proper.

The water features are lovely, but somewhat ineffective when it was perhaps 35 degrees and near 100% humidity by 9am opening time.

Inside was immense and air conditioned. The carpet stretched in one continuous pattern over the size of a soccer pitch or larger. The multiple domed roofs brought together the elaborate relief, latticework and engraving techniques used throughout. 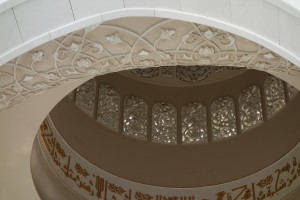 Wood seemed to be used sparingly… however where used it was exceedingly beautiful.

<edit>post Istanbul we now better understand that wooden doors with masterworked mother of pearl inlay are a big part of Islamic architecture.</edit>

The king evidently also has an advertising budget:

Finally the hotel, was very nice, excellent view of the F1 turn as it goes *under* the hotel between the two wings.