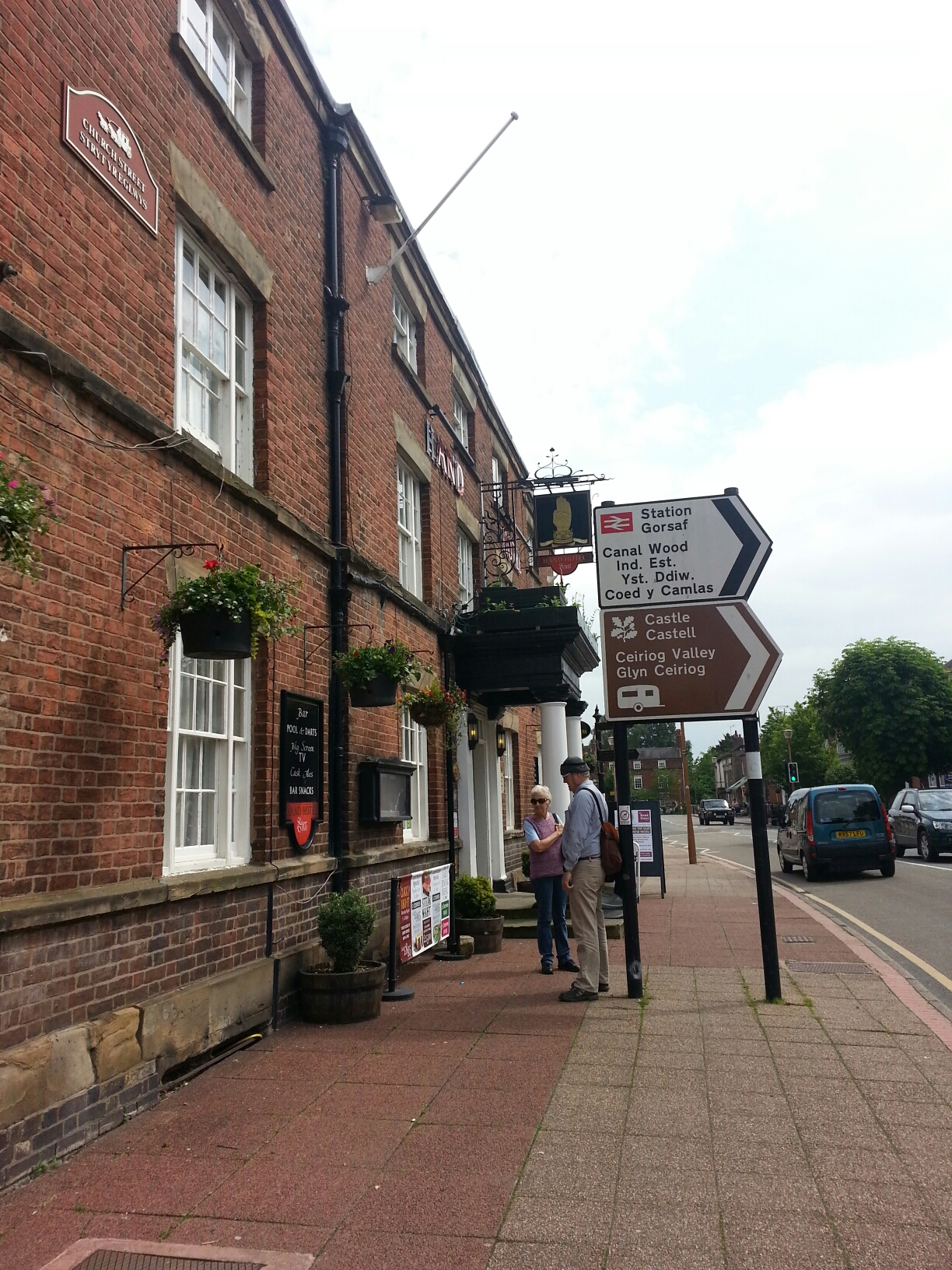 Today we’ve arrived in Chirk. Transferring train at Newport was like arriving in a foreign european country – not the mother country like Bristol. All the station signs were bilingual. The train through the Welsh country side was lovely. On arrival at Chirk, we walked across to the hotel, puzzling about the sweet smell in the air. Turns out that a chocolate factory opened here around 1967, as we found later from a local.

The Hand Hotel, Chirk (pictured), four centuries old, was owned by the local Myddleton family until 1911. The Myddleton’s had also owned the local castle (constructed in Norman times) since the 1600s.

After eating lunch at The Hand and then checking in, we checked out where to buy provisions in the morning (including the butcher’s 6 varieties of bacon), and then started a walk up the hill to the castle. The walk through meadows and farm land was lovely.

The castle is now owned or long term leased by the National Trust, but one wing is still inhabited by the Myddleton family. The surrounding farming operation seemed to have been outsourced / agisted over the past century. The bus driver for the national trust shuttle to the car park kindly gave us a lift home at the end of the day. He told us how his grandparents and father had worked on the estate most of the 1900s.